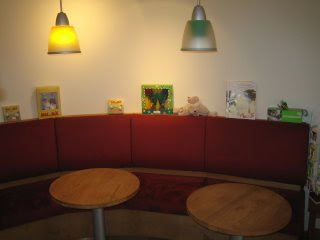 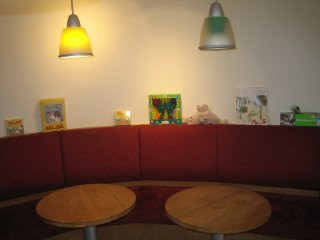 A wonderful story! I recently found a set of videos with systems thinker Russell Ackoff (see http://www.tobiasfors.se/?cat=8). In his talks, he mentions different ways of engaging with a problem. The approach you mention here - redesigning the system so that the problem cannot occur - he calls "problem dissolution". Moving around the lamp is simply a "solution".

I though a little about your example, which is a fun one. I would like to gently push back a little: It seems to me that most process improvement efforts would include the work environment in their domain, not just the steps in the process. So in that case it wouldn't be necessary to invoke the system point of view to arrive at the same solution.

Extending that thought to ask what do we get from a systems analysis that we don't get from a process analysis it seems to me that such things as emergent behavior of a system that depend on component interactions (such as swarm behavior) might be a better example.

You are quite right that process improvement efforts must include the work environment to be effective. However, most such efforts don't.

To give an example: many IT consultancy companies are shifting to agile right now, or have shifted recently. Agile methodologies can, if implemented correctly, increase the ROI on projects several times.

However, management usually fails to update measuring systems, contract models, switch the organization from push to pull, etc. All of these things are necessary to actually bring home more money.

Time-and-materials contracts don't bring in more money if you cut project duration by 80%. They bring in less money. Still, managers usually think you are a bit funny in the head if you tell them they must switch to new contract models, and train their sales people to use them.

Making developers fill in time reports is useless, but the practice continues even though it sends management worthless information. (Keeping track of OE is useful, but that can be done without the distorting effects of detailed time reports.)

Throughput and DIP measurements, which are essential, are not used. If used internally by the teams, the information is not reported back to management.

Try giving a manager information about queue build-up. S/He is unlikely to know what to do with it. Some just get angry.

Most improvement efforts fail precisely because they do not address systems and systemic causes.

After your quick system fix, the tables were closer together. What possible system forces might result in the tables being moved again before your next visit? Have you really solved the system problem?

If you were to engage with the owner of the cafe, you might be able to suggest something a little more permanent. I'd be thinking of making the lights a bit higher, or painting marks on the floor to remind the cleaners where the tables should go.

Some time after I wrote the post, someone had moved the tables back to their original position.

I suggested to the café owner that they should raise the lamps a bit higher, which they did. It solved the problem. However, that solution was not a viable alternative for the couple in the anecdote.

Me being me, I also had a Crawford Slip brainstorming session with the café personnel, investigated other cafés in the area in order to find out what their strengths and weaknesses were, did a TLTP analysis/synthesis, and wrote a report. Some of the suggestions were implemented, and it turned out pretty well.

And yes, I asked beforehand whether it was okay to do that, as a way to say thank you for excellent service during the many, many hours I have spent there while working and writing. The café personnel have grown quite used to their odd customer over the years, so they accepted.

I am going to that café in a couple of minutes. It's a nice place.